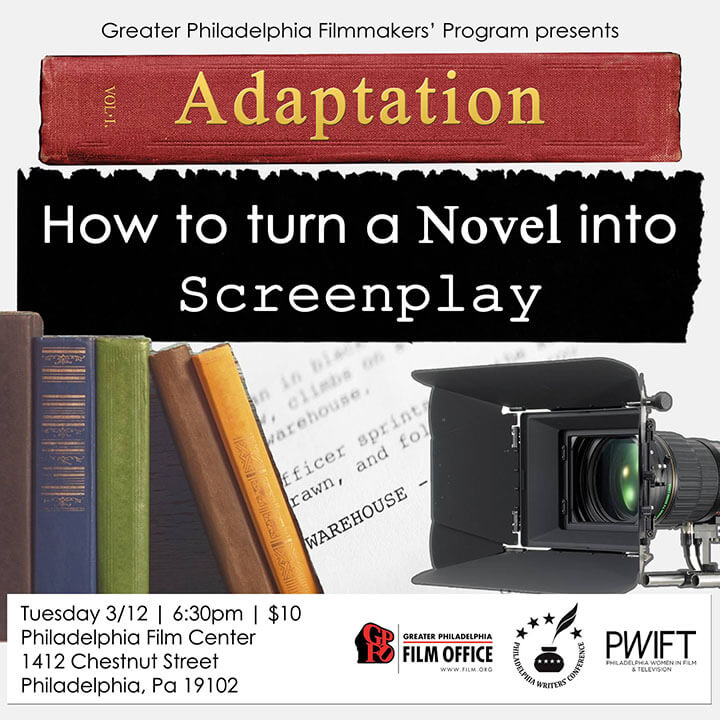 Gain expert professional insight on the creative and business best practices for adapting a novel into a screenplay and a screenplay into a novel from a publisher, an agent, a novelist and a playwright/screenwriter.

In this panel event, some of the many questions covered in addition to the audience Q&A will be:

Bruce Graham is a playwright, screenwriter actor and educator. Bruce will serve as our as host. began his career as a playwright at the Philadelphia Festival Theatre for New Plays (PFT) in 1984 with Burkie. Graham became playwright-in-residence at PFT and later served two years as Artistic Director. He has received grants from the Pew Foundation, the Rockefeller Foundation, and was a past winner of the Princess Grace Foundation Statuette. He won the Rosenthal Prize for Coyote On A Fence. He has won consecutive Barrymore Awards for Best New Play (Something Intangible and Any Given Monday) and Chicago’s Jefferson Award for The Outgoing Tide. He is the first American playwright to be invited two years in a row to the Galway Arts Festival, which produced The Outgoing Tide and Stella and Lou.

Liz Moore is an American author. After a brief time as a musician in New York City, which inspired her first novel, The Words of Every Song, Moore shifted her focus to writing. She subsequently published the novels Heft in 2012 and The Unseen World in 2016.

David Borgenicht is the owner/CEO of Quirk Books. David is the creator of the Worst Case Scenario brand and co-author of all of the books in The Worst-Case Scenario Survival Handbook series. He has appeared on hundreds of television and radio programs, including the Today Show, 20/20/, Late Night With Conan O’Brien, The Tyra Banks Show, and The Big Idea With Donnie Deutsch. He has also given speeches at American Express, The Commonwealth Club, The 92nd Street Y, and at dozens of other venues to students, executives, and fans of the series.

Jess Dallow is an associate literary agent with Brower Literary and Management. She has a BFA in Writing for Film and Television from the University of the Arts and worked in Hollywood for eight years before returning to her home state of NY to work in publishing. She has previously worked in film – both in entertainment and the literary world.